Newsletter from 19th October 2018 - the day before the big march! 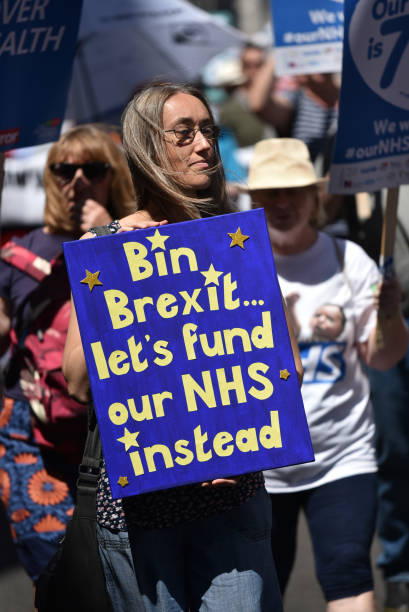 This week, we're bringing you photos of NHS placards at previous marches, to inspire you for this Saturday! We'll have some NHS Against Brexit ones to go around, but please get creative and make some of your own! And why not grab some merch too?

GET YOUR NHS AGAINST BREXIT MERCH HERE

This tweet from "The Secret Barrister" made us laugh this week - yep, we think Brexit is looking a little bit more complex than promised...

This stat from our recent YouGov polling shows just how much resistance there is to Brexit amongst doctors and nurses. But it's not too late. We can have a People's Vote, and stop this Brexit madness wrecking our NHS.

All our campaigns are working hard to secure a People's Vote on the final Brexit deal. To help us make the case on behalf of NHS workers and patients, click here to donate.

DONATE TO NHS AGAINST BREXIT HERE

That's all for this week! We look forward to seeing you all at the march tomorrow - come say hi!