What's so good about trading alone?

The UK has released a flurry of position papers over the last week and a trend is emerging. Each of these Brexit negotiation documents says that the EU is great for citizens, business, and human rights - so good in fact, the UK will try to copy and mimic all EU laws and regulations for a long time. So what has Brexit been all about? The only remaining freedom is to cut our own trade deals, is that what the country split itself in half over? 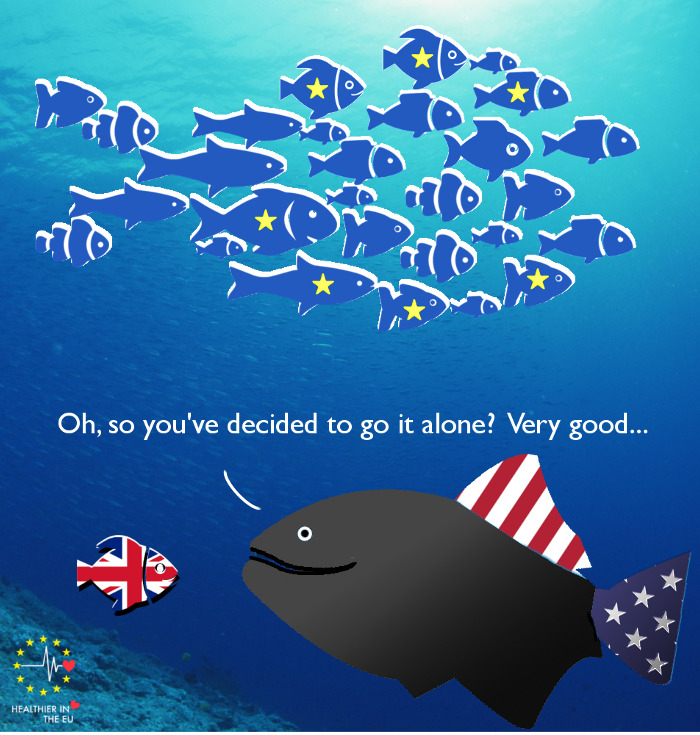 What's so good about arranging a trade deal on our own? Whether you're a member of a trade union or you've just taken advantage of a Groupon offer, we all know that collective bargaining is a good way to get a better deal.

Any one of us, on our own, isn't going to change the mind of our telephone company or energy supplier or employer - but when we join together in a group, we can demand a better deal. Just like when 38 Degrees organises their 'big power switch' each year or when Uber drivers join together to demand some workers' rights.

Of course, when you're part of a group, you've got to go with what the group agrees and that can slow things down. But a better deal that takes a bit more time is surely better than a rubbish deal that can be signed straight away, right?

With the Brexit government now admitting that the EU customs union is great, the Single Market is great, the European Court of Justice is really useful and all the data sharing agreements and other political treaties so beneficial that we don't really want to leave them... why is our government going ahead with all this if it's only to sign fast, rubbish trade deals on our own?

Of course, there will be way less scrutiny over a UK-US trade deal if it's done quickly.

Liam Fox has already shown he won't let Parliament debate controversial trade deals and the Brexit government is proving that it prefers secrecy over democracy. So perhaps someone will get what they want from fast and loose post-Brexit deals.